Look In 2nd April  1977.
Contains features, photographs and strips on various television and film shows of the period, Also various groups and singers are featured.
Regular strips at this time included: The Six million Dollar Man, The Tomorrow People, the Bionic Woman.
Regular feature the worlds of Gerry Anderson, this week’s piece was on Space 1999, though he also talks about the Star Trek movie being made including a photograph of Kirk.
Small photograph of Kenneth Williams in the Carry on films.
Original Price 9p 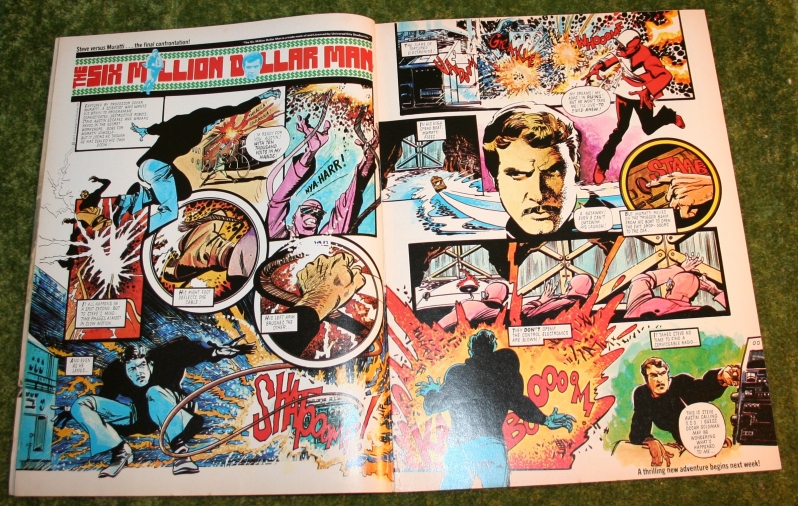 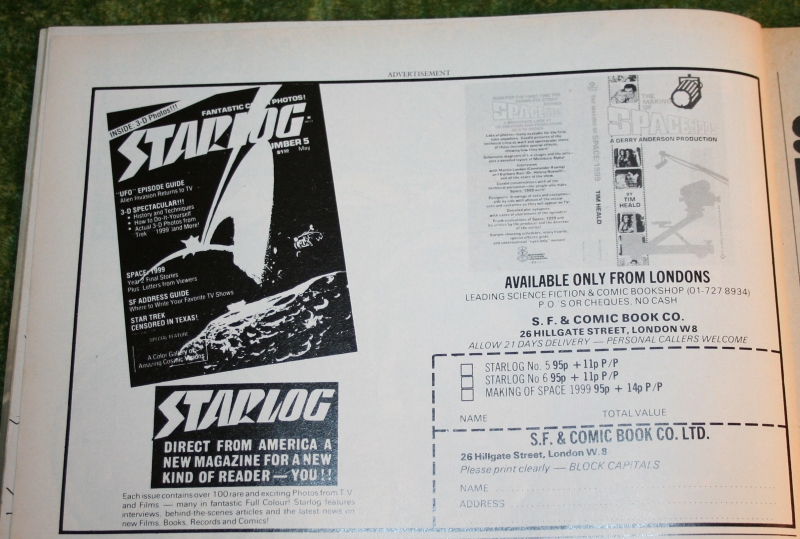 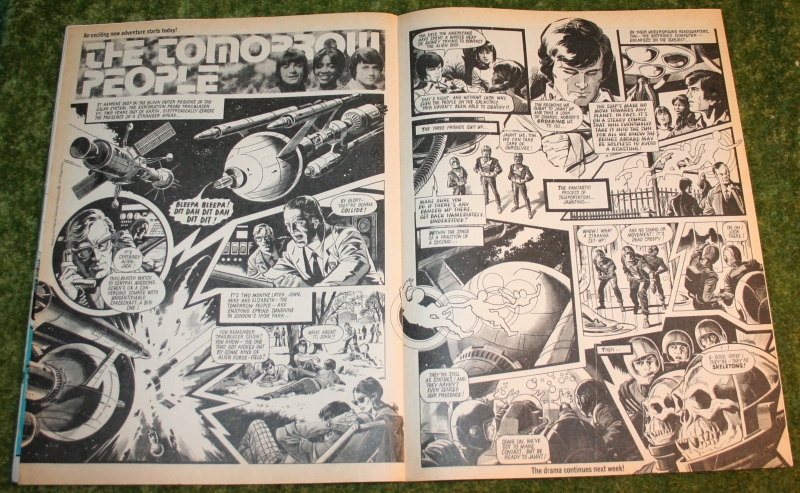 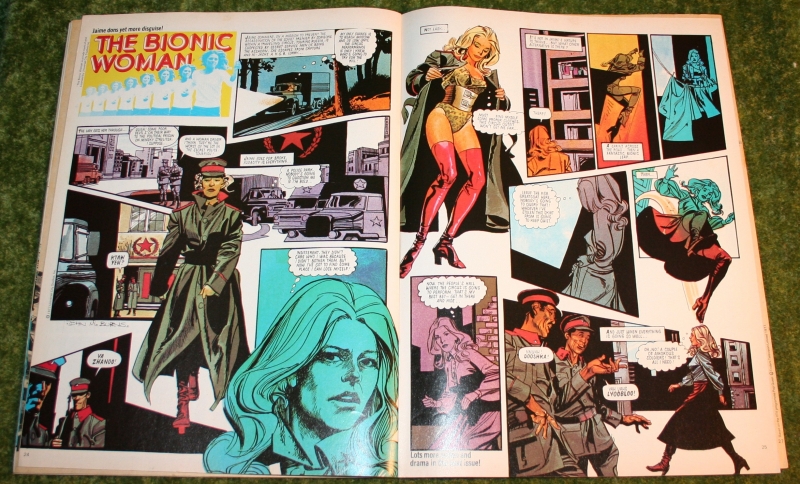 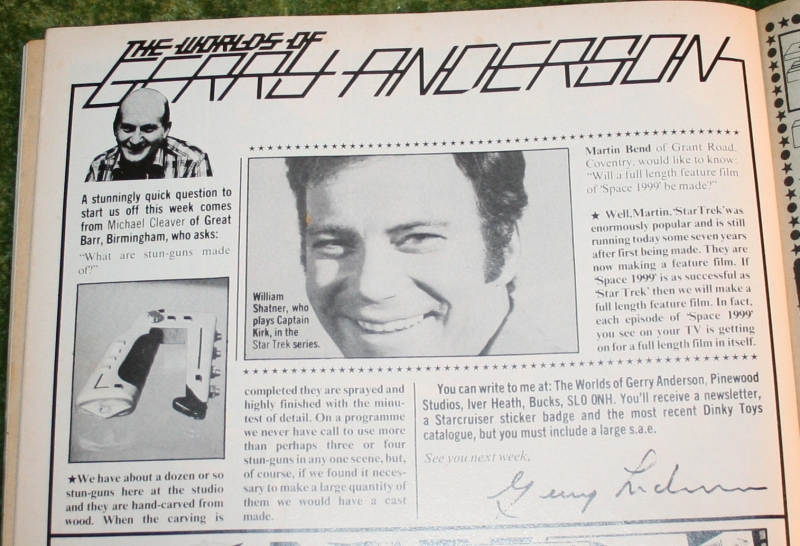 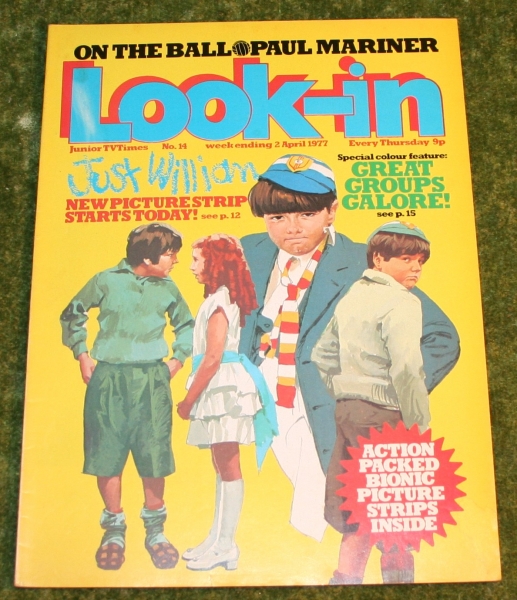