Look In annual for Christmas 1975 published by Independent Television Books Ltd.
Contains features, photographs and strips on various television and film shows of the period, Also various groups and singers are featured.
Contents included pin ups from Planet of the Apes and The Tomorrow People. An “Out of this World” feature, which included: Space 1999, Six million Dollar man, Planet of the Apes, UFO and The Tomorrow people. Stories included Bless this House and The Tomorrow People. While a spot the difference page used a photograph from the adventures of Black Beauty. 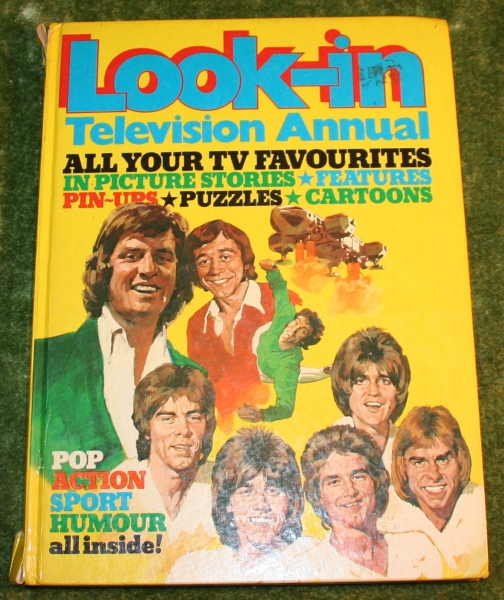 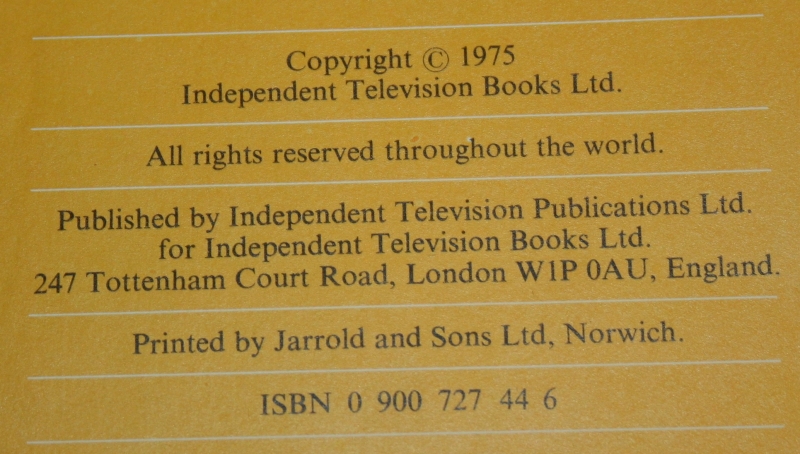 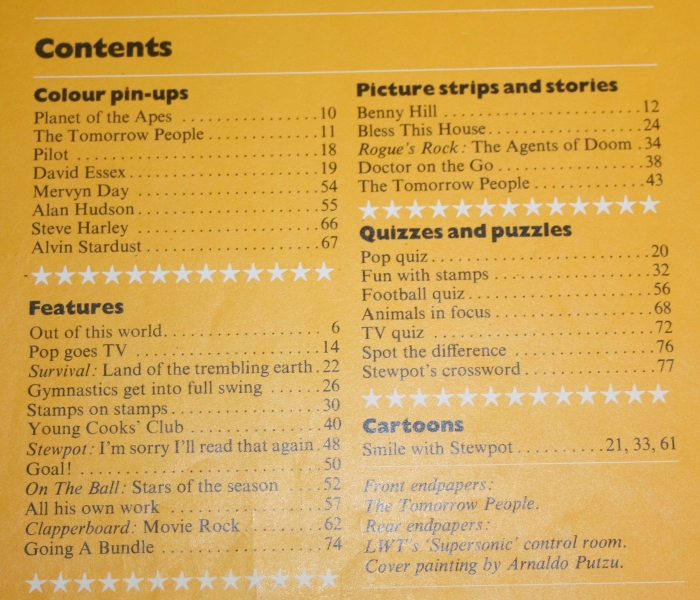 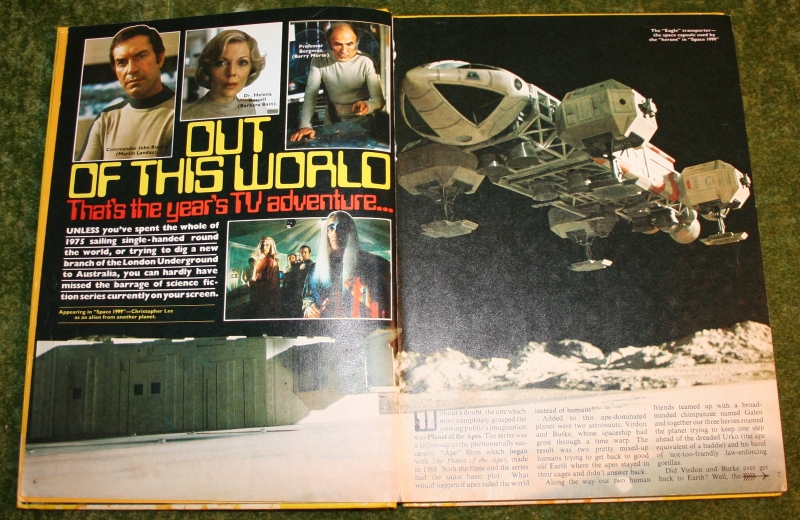 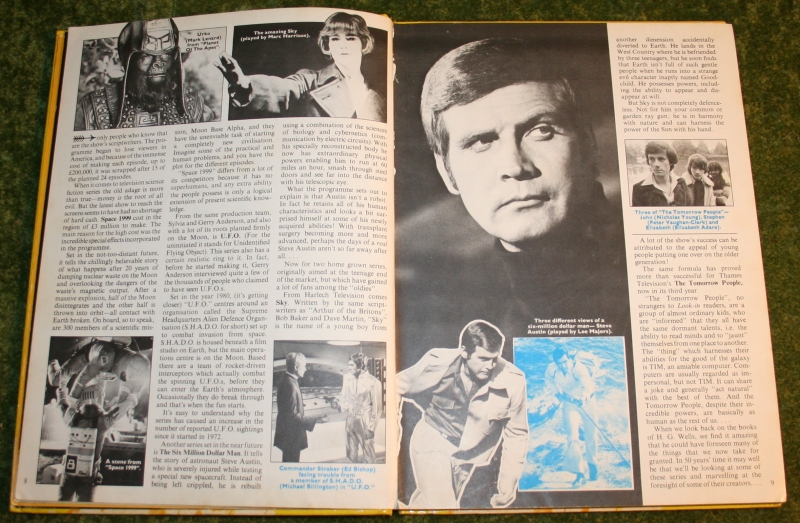 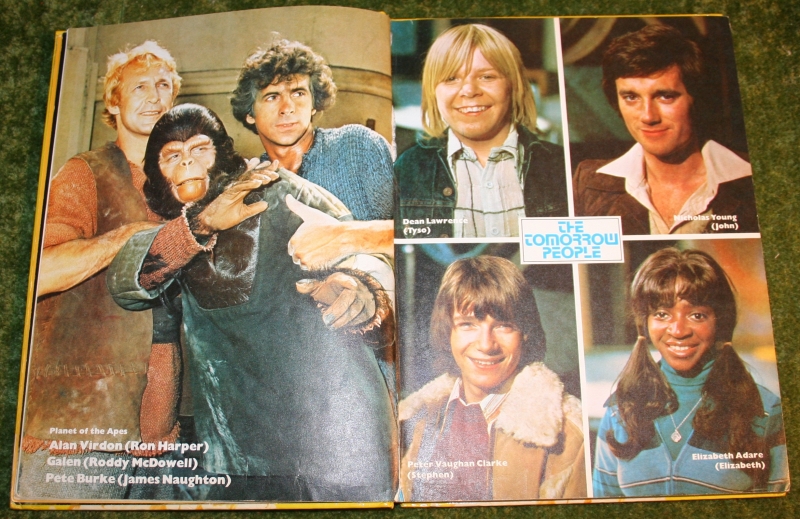 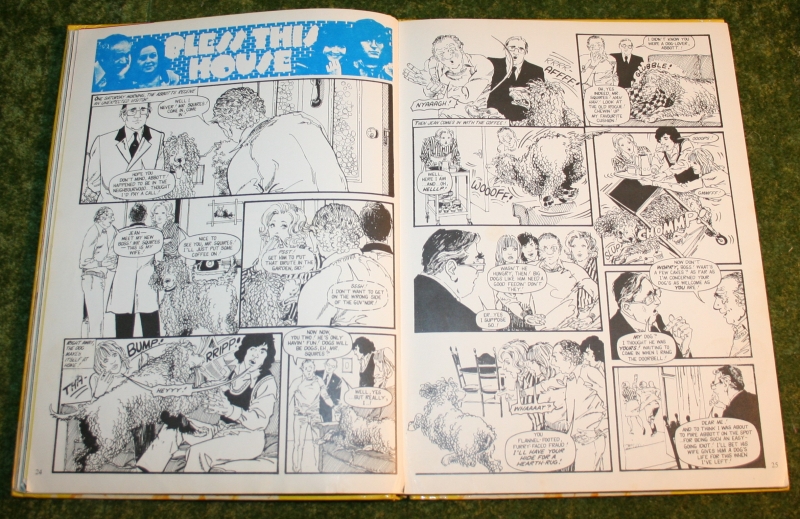 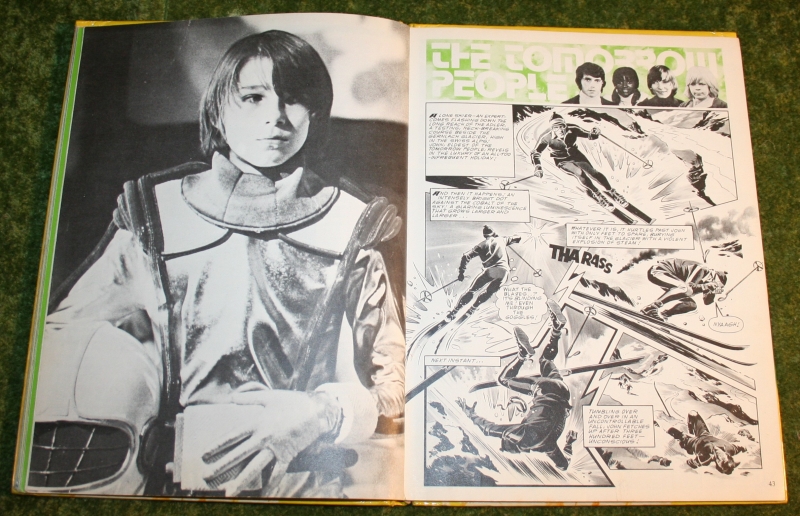 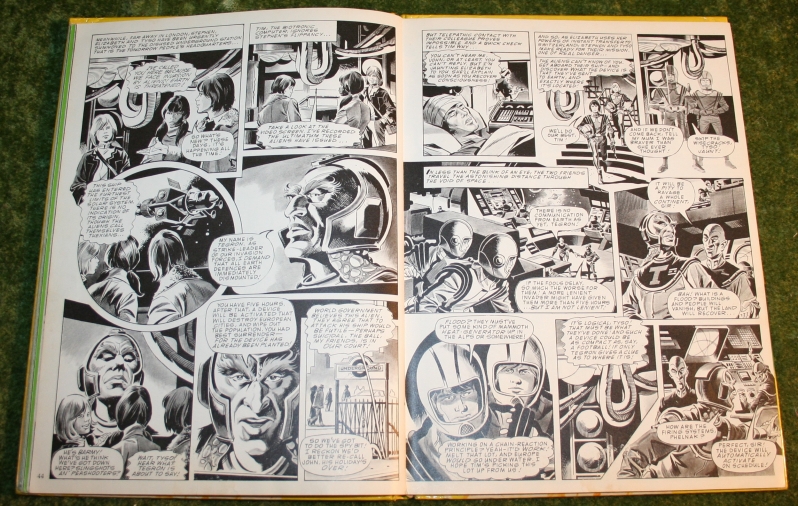 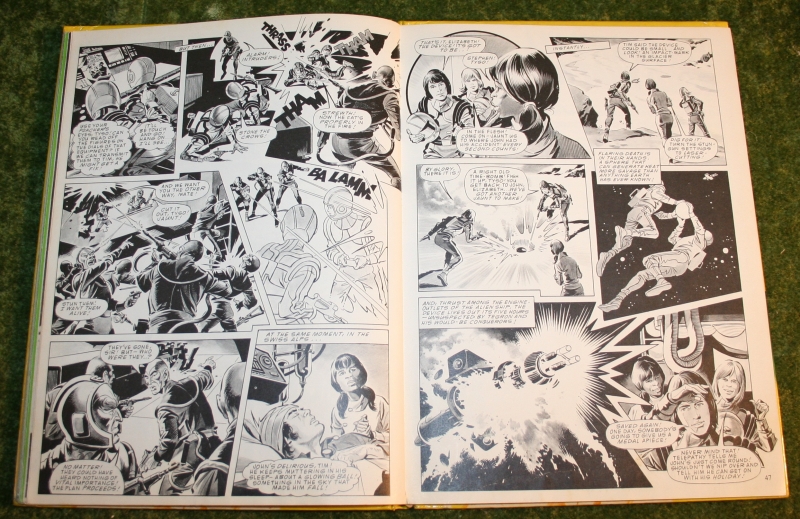 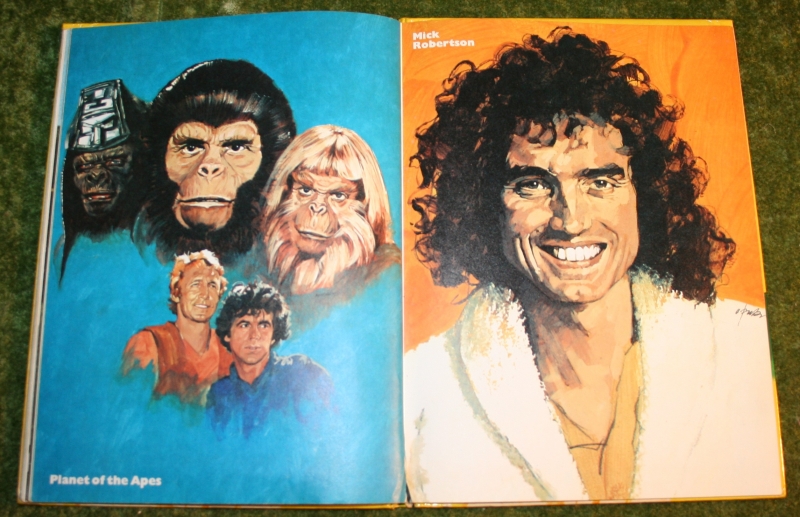 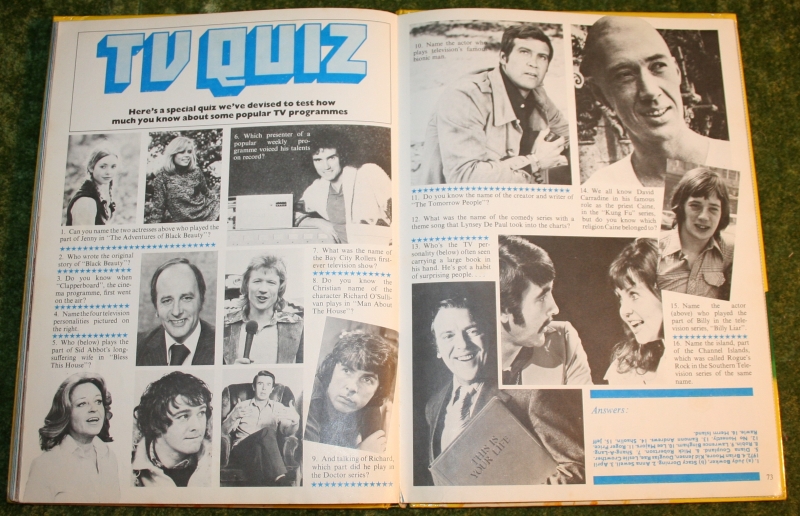 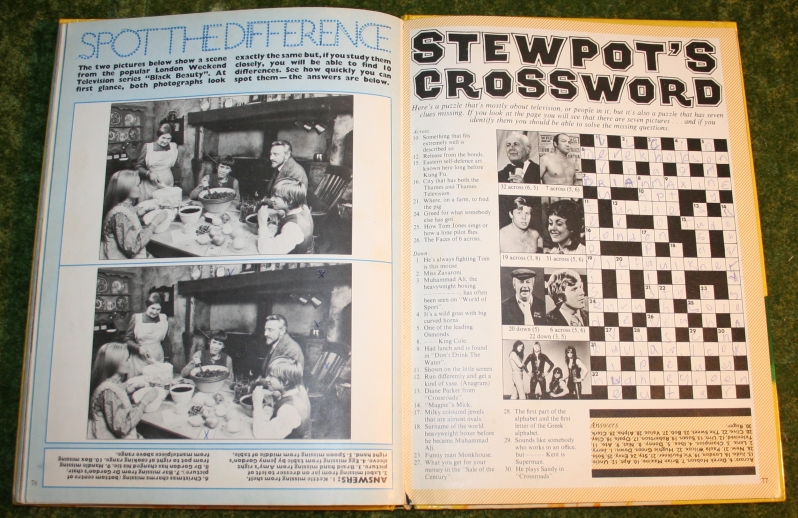