This is a small subsection showing many of the promotional Book-matches that appear to have been produced, for the most part by ABC TV in the midlands but a few are from other companies. These were purely promotional items within the business and at Christmas parties for agents and producers you would find a tray of these on the bar or tables at the event. A different selection of them being produced each year.

There are several different styles to the ABC match-books depending on which year they were produced for.

The earliest style features photograph from the series the writing in black next to or below the photograph. Studio logo is on rear cover. This type seems to be from around 1961. 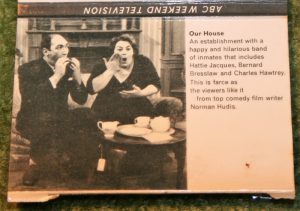 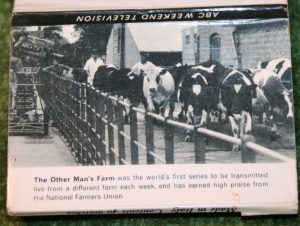 The second style has with text in white over top of photograph, once again studio logo is on rear, these appear to be from 1962 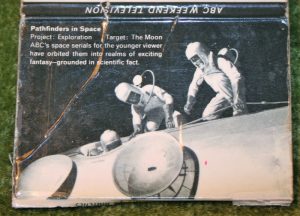 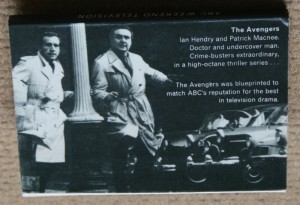 The third type the photograph wraps the entire way around the matchbook and details about the show are printed on inside of the match-book. These look to be from around 1964. It is quite possible that the red striped ones and the black striped ones are from different years so this style is both the 1963 and 1964 style but which colour denotes which year has not yet been determined. 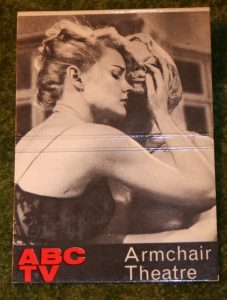 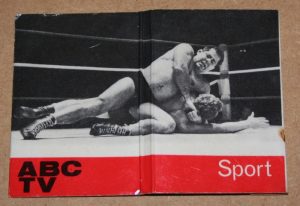 With the fourth style, the match-books are narrower closer to being almost square as opposed to the earlier wider oblong match-books. These go back to the photograph being on the front cover with the studio logo on the back, with text written inside. These appear to be from around 1965. 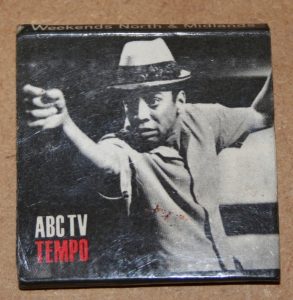 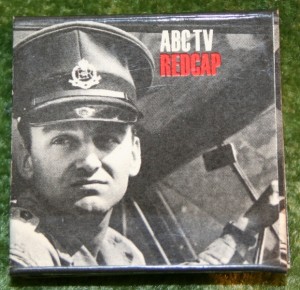 A fifth style very similar to the previous one appears for around 1966. This time the photograph appears framed almost like a TV screen other details remain the same. 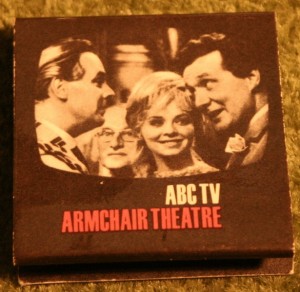 These are the only styles of ABC Television match-books to have been encountered so far. The collection does also contain a few other TV-related match-books as well which are not from ABC television.