American Board Game based on the series produced by Milton Bradley in 1966. 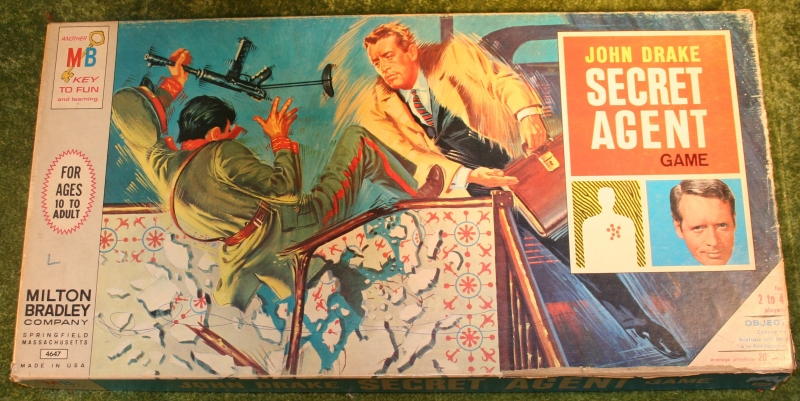 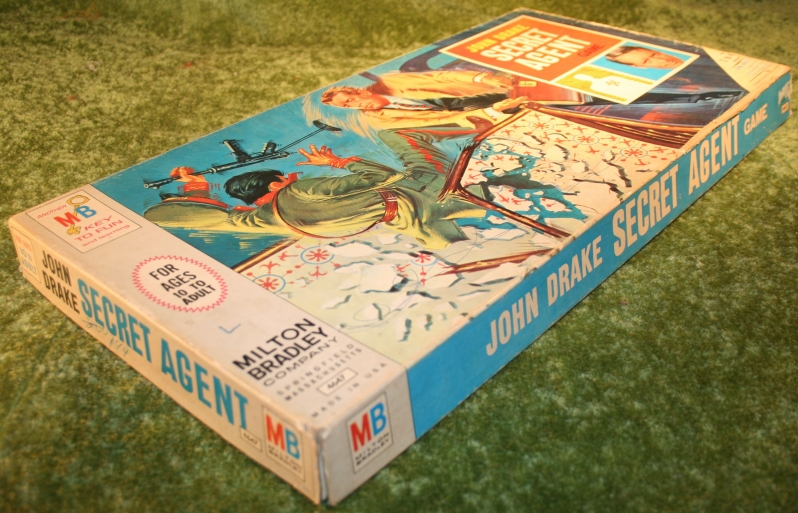 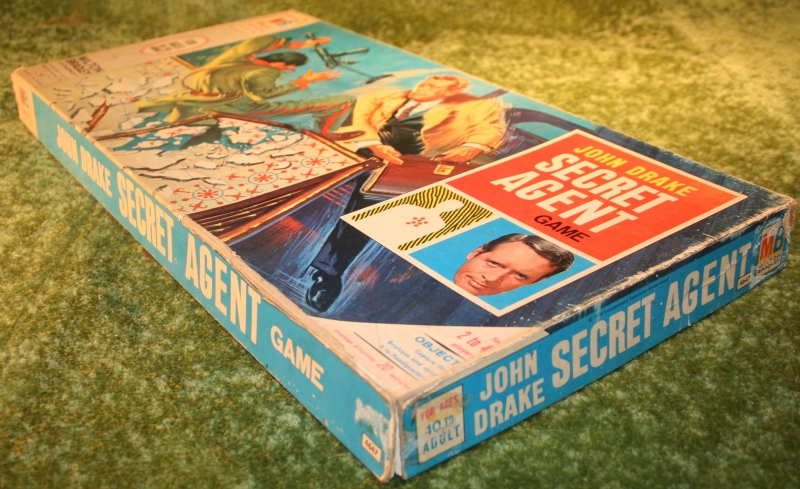 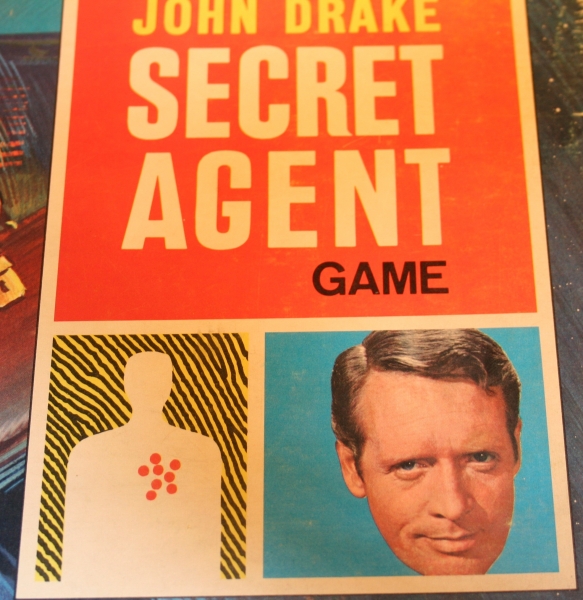 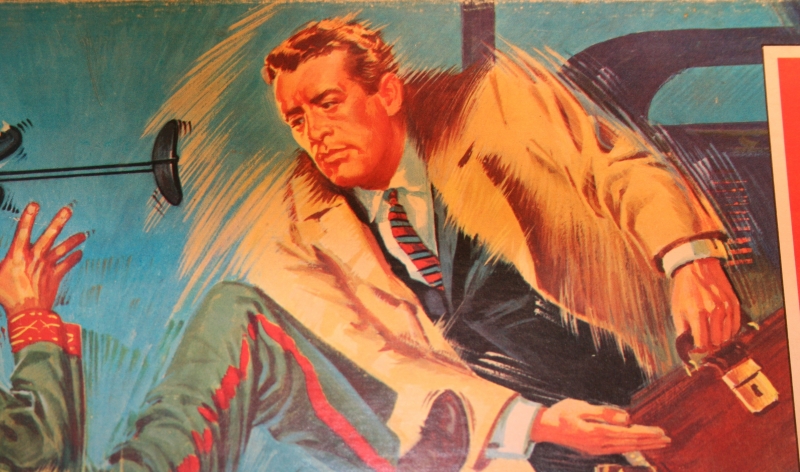 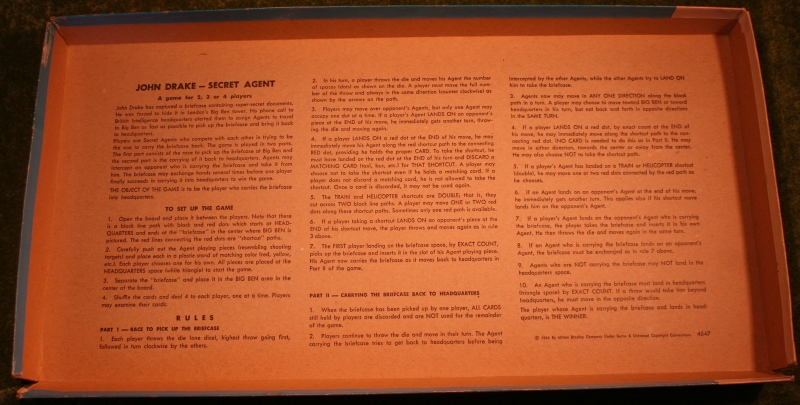 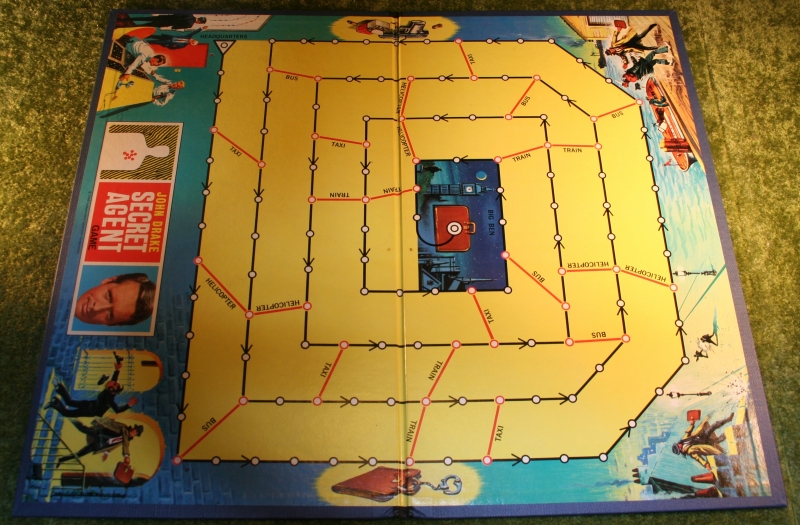 Box artwork shows Drake hitting an armed guard through a plasterwork banister. Artwork is a good likeness of Patrick McGoohan, while a small head photo is also shown. The game takes the form of a race between two agents to retrieve a briefcase, and return it to their headquarters. Game board has painted scenes along each edge, while playing pieces are four coloured Target silhouettes, each with a slot so as to retain small card briefcase. Also contained are a die and a deck of cards representing different forms of transport. Can be played by up to four players.